Corrosion mapping on the deck of Gedeon-Ouimet bridge, Highway 15 in Laval, QC 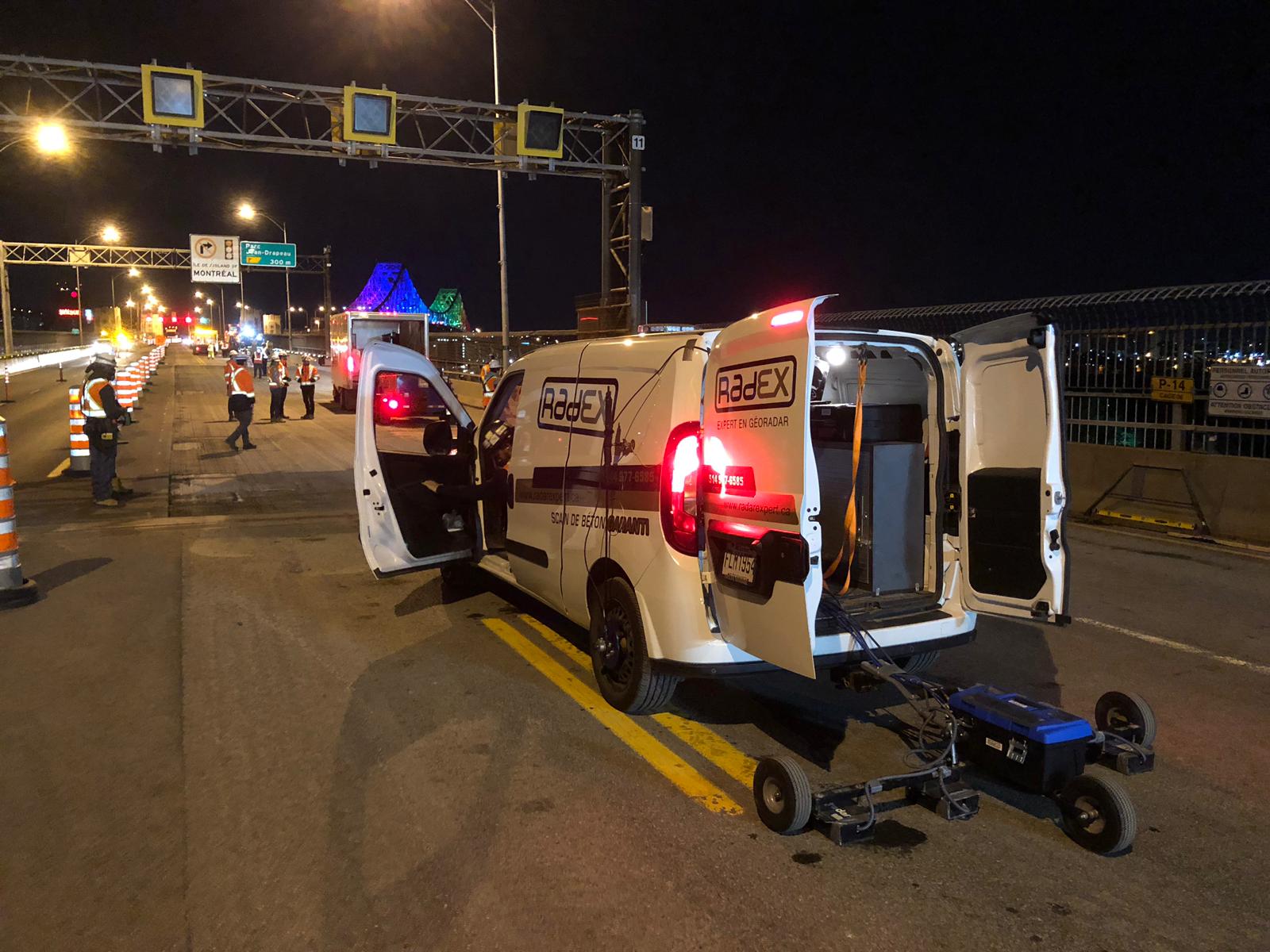 Radex Detection Inc. was mandated by the GHD-Structura consortium to produce maps of corrosion and pavement thickness on the Gedeon-Ouimet bridge, located on Autoroute 15 between Boisbriand and Laval. The goal was to identify the priority deck sections for repair.

This bridge is about 1 km long and 28 m wide, comprised of 41 spans. Each of the North and South directions has three traffic lanes and a shoulder.

The survey was carried out using a SIR-30 multichannel radar equipped with four 1.6 GHz antennas installed on a small trailer towed by the survey van. This setup covers a 2 m swath in one pass and records the entire width of the bridge in 13 passes. Radar survey does not need lane closures on the bridge as it is carried out at 25 km/h and only requires a safety truck following the survey van.

Mapping corrosion in a structure using GPR is possible due to its sensitivity to the presence of conductive corrosion products (rust) in the slab. The same GPR data can be used to detect delamination, former repairs and pavement thickness.

The main challenge of surveying this bridge was not so much its size, but rather the complexity of analyzing a bridge deck that has undergone multiple repairs in the past.

The unique expertise of Radex in GPR data analysis allowed to generate accurate maps of corrosion, delamination, repair locations and pavement thickness.  The maps of results were accompanied by tables of affected surfaces and their percentages for each bridge span.