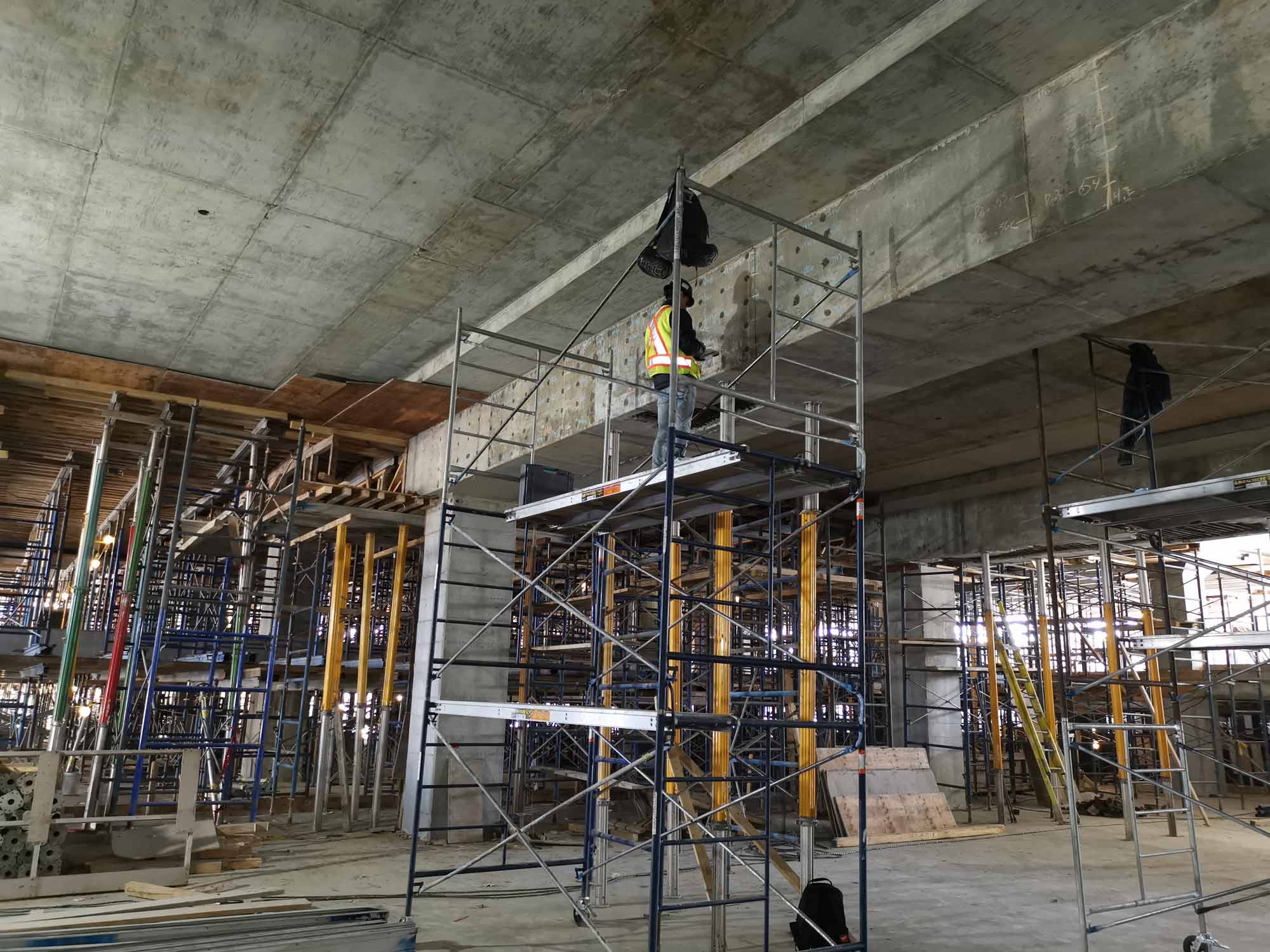 Détection Radex was hired to investigate after our client identified major voids on the surface of two large beams, on a construction site in Laval.

The beams, 20m long and 1.5m wide were made of freshly poured concrete. The technicians did a few tests using the Xradar technology to identify the layout of the reinforcement, which sometimes can be a major source of interference. Xradar’s penetration depth was limited to 200mm due to the freshly poured concrete. The radar’s signal was also affected by the tightly spaced reinforcement.

Due to all these constraints, the ultrasound pulse velocity (UPV) method was adopted for this project. One of the main advantages of UPV is that pulse velocity is constant throughout a uniform structure thus not affected by the presence of freshly poured concrete. However, the cracks and voids in the beam diverted and also reduced the pulse velocity.

For this project, the transmitter was placed on the south face and the receiver on the north face of the beam (signal path 1.5 m). A 200 x 200 mm grid was surveyed on the whole beam, moving the transmitter and receiver simultaneously.

The UPV velocity measured is almost constant in the beam (4300 to 4700 m/s). The only velocity anomalies were observed at the bottom of the beams which were due to the voids visible on the surface. The results, therefore, conclude that no voids were found inside the beams.