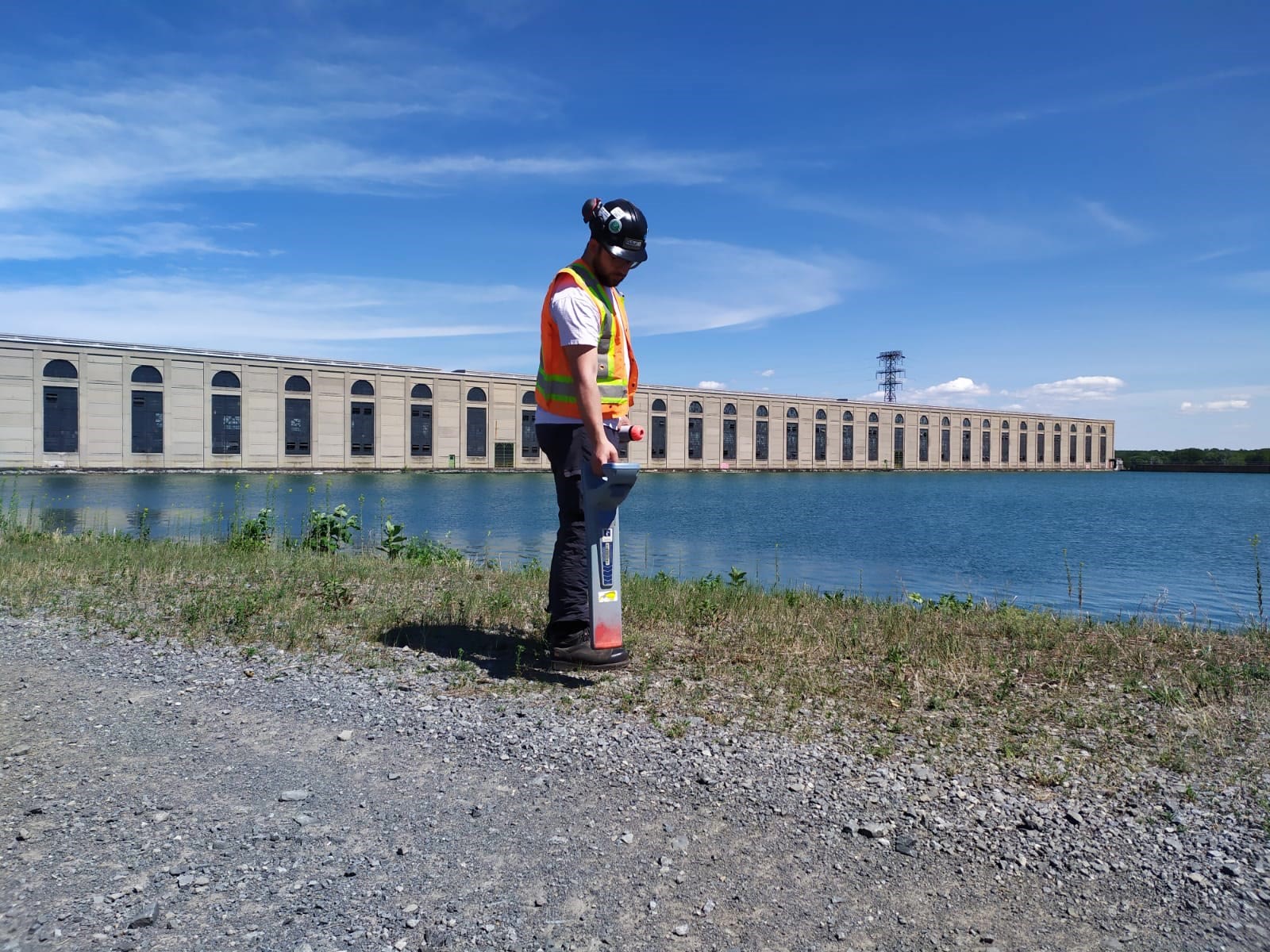 Radex Detection Inc. has been mandated by Hydro-Quebec to locate numerous metal culverts along 60 km of canal embankments. These culverts date back to the times of Beauharnois Canal construction.

This survey included several types of detection : tracking culverts from a known extremity, locate culverts that are indicated on plans but show no visible signs on site and, finally, locating any other buried objects resembling a metal culvert but absent from the plans.

Culverts that had a visible extremity, were traced by active detection using an electromagnetic pipe locator RD-4000. This instrument consists of a transmitter sending a radio frequency onto the metal pipe, and a receiver capable of tracing the pipe from the surface.

Buried metal objects that had no visible parts, were located using a passive detection method known as magnetometry. This technique detects magnetic anomalies that surround metallic targets. These anomalies were first identified using a magnetometer, then investigated with a metal detector.

All the culverts located by Radex, were later mapped by licenced surveyors in order to produce an accurate plan and keep the exact coordinates for any future projects.

At the end, the combination of these technologies enabled us to locate 18 culverts that were unknown or partially unknown to Hydro-Quebec.